The new Yves Saint Laurent museum has opened in central Paris and I can’t wait to go. For fashion and design students, this place will be a must-see mecca and learning center.

Born on 1 August 1936 in Oran, French Algeria to Charles and Lucienne Saint-Laurent, the young Yves grew up in a villa by the Mediterranean Sea with his two younger sisters. He liked to create intricate paper dolls, and by his early teen years he was designing dresses for his mother and sisters. At 17, he moved to Paris and enrolled at the Chambre Syndicale de la Haute Couture where his designs quickly gained notice. The editor of French Vogue introduced Saint Laurent to Christian Dior, a giant in the fashion world. “Dior fascinated me,” Saint Laurent later recalled. “I couldn’t speak in front of him. He taught me the basis of my art. Whatever was to happen next, I never forgot the years I spent at by his side.” Under Dior’s tutelage, Saint Laurent’s style continued to mature and gain even more notice …

St. Laurent was one of the foremost fashion designers of the 20th century.

Je ne suis pas un couturier, je suis un artisan, un fabricant de bonheur. (I am not a fashion designer, I am a craftsman, a manufacturer of joy.)

Quand on se sent bien dans un vêtement, tout peut arriver. Un bon vêtement, c’est un passeport pour le bonheur. (When one feels good in a piece of clothing, anything can happen. The right garment is a passport to happiness.)

Dans la haute-couture, il n’y aura plus rien après Coco Chanel et moi. (In the haute couture world, there’ll be nothing after Coco Chanel and me.)

The famous lace dress, 1970. “What is important about a dress is the woman wearing it,” he said. 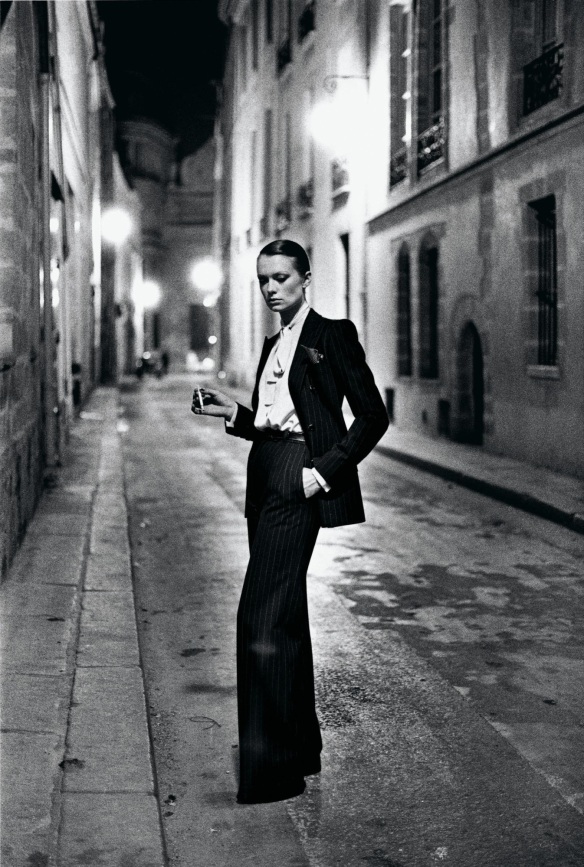 “Paris was that mythical place that he wanted to be a part of, the epicentre of French culture.” And if the museum gives an insight into YSL’s work, you can also trace his life in the city too. He had grown up by the sea – in Oran, in then French Algeria – but by his early teens, his sights were firmly set on Paris; his evenings were spent designing dresses for his paper dolls and drawing up orders for the atelier he dreamed of opening on the glittering Place Vendôme.” (Hannah Meltzer, The Telegraph)

“Three letters – YSL – synonymous with luxury and glamour, glimmer in the sunlight above the entrance to a three-storey Second Empire mansion house just across the river from the Eiffel Tower. For almost 30 years, this was the couture house of Yves Saint Laurent, the charismatic prodigy who took Paris by storm in his teens and went on to redefine the way women dressed for decades to come. After almost 18 months of renovations, it is now opening as a museum dedicated to his work.” (Hannah Meltzer, The Telegraph)

Here is the museum link, you can buy advance tickets on-line –