The video below of Larry the cat went viral because it provided us with a moment of levity in this mad, mad world. Because we’re sick to death with the world right now: with Trump especially, but also with injustice in general. With stupid violence and stupid killings; with that barbaric and backward Saudi Arabia and their senseless war with Yemen in which thousands and thousands of children and innocent civilians are dead or maimed, and no-one cares.

It appears that a Saturday night rant is in order. Excuse me while I rage.

Sick to death of Western arms being sold to repressive regimes in the East: in 2017 the UK made £12.bn from arms sales to the Middle East and Africa. And no-one cares. Sick to death (literally) of air pollution and environmental disasters. Sick of misogyny and fragile male egos needing to belittle women in order to feel important. Sick of greed, fraud and corruption. Have you read about Carlos Ghosn, the French head of Renault-Nisson-Mitsubishi? With stock options, he earned 15 million euros in 2017. But he allegedly under-reported his earnings and used company funds for personal expenses. Today he’s sitting in solitary confinement in a Tokyo prison cell measuring 5 square meters.

Sick of President Macron’s condescending, elitist attitude – why do all French presidents morph into monarchs once they get into office? – while he hikes the price of gasoline and taxes in a country which already imposes one of the highest tax rates in the world … in a country where the rich just get richer and the poor poorer.

Why do we pay a ton of taxes (taxes were even increased on retiree pensions) when behemoth companies like TOTAL, GOOGLE, DANONE, SUEZ, MICROSOFT, etc. pay no income tax whatsoever?

No, this isn’t a war zone in Syria, this is the Champs-Elysées, today –

See astonishing photos below of violent riots that took place today, mere miles from my apartment on the Champs-Elysées.

Today on the Champs-Elysées.

Sick of 10 Downing Street and having BREXIT shoved down our throats even though the majority of Britons now wish to cancel it (the million or so British nationals living in Europe didn’t even have the chance to vote!) As for me personally, I was thrown out of the French Prefecture de Police in September while presenting my dossier to the authorities. (I’m trying to apply for French citizenship, not on a whim but because one of the consequences of Brexit will be the rescindment of my European citizenship.) Why was I thrown out of the Prefecture de Police? Because my birth certificate wasn’t legalized. It took me three months to get another appointment. I’ll be going back in December, lugging a dossier the size of a small suitcase.

“I could write a book on this,” I complained to a friend before pausing and adding, “Wait a minute … I am writing a book.” But my book is not a starry-eyed account of a clichéd “glamorous, romantic” Paris. Paris today is a decidedly unglamorous and irritable place (and the air pollution is really bad.) 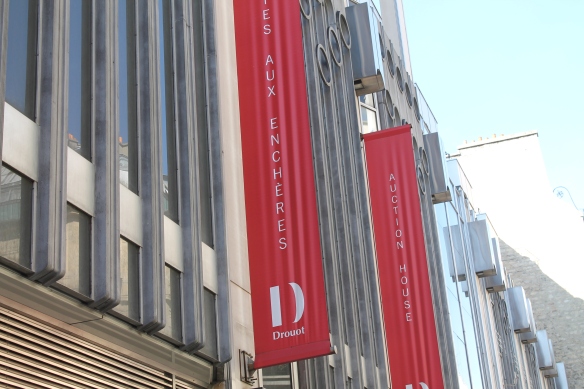 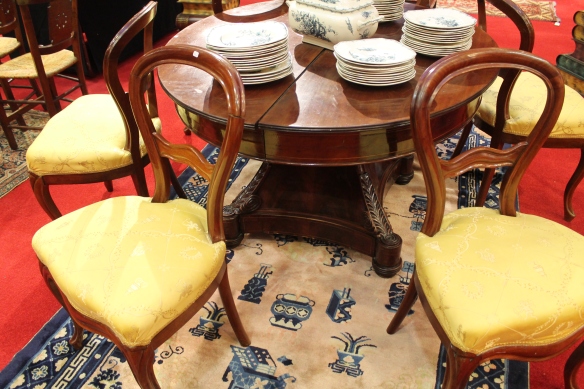 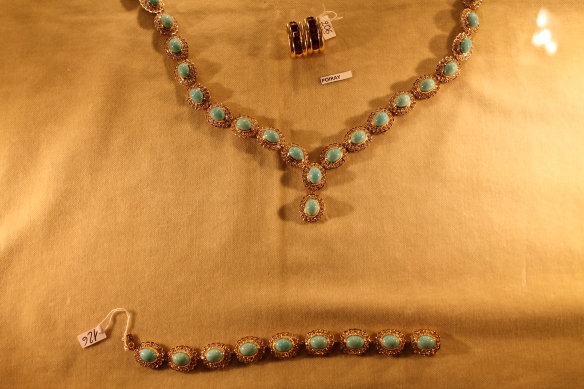 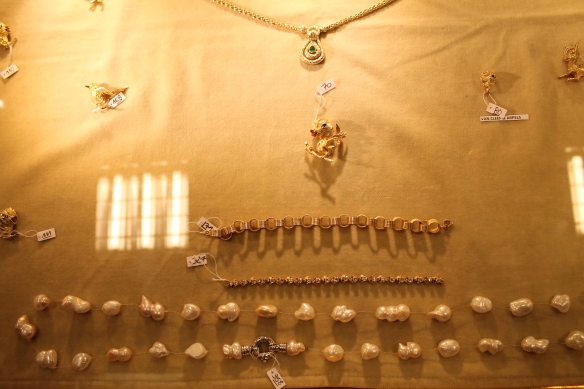 photograph courtesy of My French Heaven

His recipes, many borrowed from his grandmother, are tempting indeed. I know that I’m going to be making his cherry clafoutis recipe this weekend. Miam! (that’s ‘Yummy’ in French.)

Here’s his URL below. Enjoy!

Who doesn’t like Elton John? I grew up with him. I have a vivid memory of me and my gal pals cruising around our Toronto suburb on Friday and Saturday nights. Sandy had her mother’s car, a gigantic boat-like Pontiac, a Grand Prix I think it was. Massive. It was the 1970s and I was a teenager. We’d drive around all night, smoking hand-rolled cigarettes mixed with pot and singing at the top of our lungs. The 8-track cassette in the tape deck was Elton John Greatest Hits, the song of the moment Bennie and the Jets.

Be-Be-Be-Bennie and the Jets. Remember?

Of course, there was also Rocket Man, Your Song, Daniel, Tiny Dancer, Don’t Go Breaking My Heart, and oh, so many many more. Around midnight we’d meet up with the local boys at Ice Queen and gorge on double cheeseburgers, fries and chocolate shakes. We thought we were the coolest ever. In the moment.

From The Guardian newspaper –

The John Lewis advert is bookended by the singer performing Your Song at his first piano in what is supposed to be the sitting room of his London home. The middle charts his path from school and pub gigs in the London suburb of Pinner to pop mega-stardom, complete with technicolour outfit changes that include a stars and stripes sequinned suit and pink mohican.

With a little poetic licence the ad traces the singer’s musicianship back to the Christmas gift of a piano in the early 1950s, when the then Reginald Dwight was growing up under the watchful eye of his mother and grandmother. One scene, which re-enacts him nervously playing at a school recital, is expected to bring tears to the eyes of thousands of parents of would-be musicians.

“I hope audiences will watch this and really enjoy the national treasure that is Elton John,” said Craig Inglis, customer director at John Lewis & Partners.

I don’t know about you, but I’m going to put all the troubles of the world aside and bake some bread, some dense, delicious, high-fibre rye bread. I saw the above photo, and decided it was something I kneaded (pardon the pun) to do. Not just to eat, but to make. There’s something very satisfying about making bread: mixing, kneading, letting it rise then punching it down and letting it rise a second time.

Yesterday I ate a bowl of sweet potato-butternut squash soup (homemade), and it cried out for a slice or two of rye. Making your own bread isn’t that difficult. Thanks to Paul Hollywood’s recipes below, he’s made it user friendly. It’s important to buy good quality organic flour, not the industrial stuff. This recipe calls for rye flour and white flour.

It also calls for treacle. Treacle! I’m not sure where I’m going to find that in France … I don’t even know how to say it. (Just looked it up, it’s mélasse, as in molasses.) Although I’m not sure they’re quite the same thing.

Anyway, sometimes it’s time to turn off the toxic news, listen to some music or a good podcast, and bake some bread.

Her name is Héloïse Letissier and she was born in Nantes on the west coast of France. She’s a singer, songwriter and producer. Such a charming vintage name, Héloïse, which of course reminds one of the highly popular Eloise books for children. Authored by Kay Thompson in the 1950s, the books feature a six-year-old precocious girl, an enfant terrible, who lives in The Plaza Hotel in NYC.

Before forming her solo musical group, Christine and the Queens – in London – Héloïse studied theater and dance. She was inspired by Michael Jackson and Pina Bausch. Her work combines music, performance, art videos, drawings and photography. 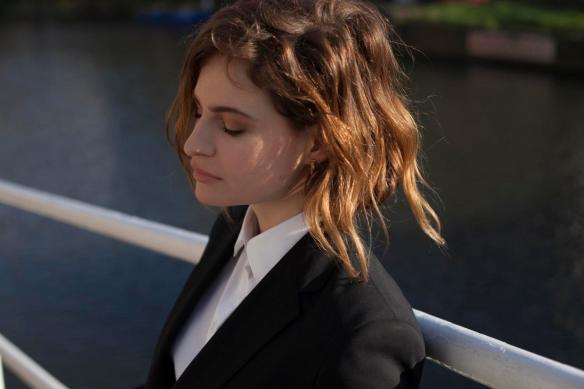 She spends most of her time in London now. Her English is excellent. She’s been nominated for, and has won, many musical awards. Here’s an interview with her on British television:

We’re currently enjoying a 4-day weekend here in France. Thursday and Friday it rained, but today was sunny, dry and cold. A perfect day to meet up with friends for brunch. Emerging from my lair where I had been holed up for two days, I jumped on the metro and crossed town. 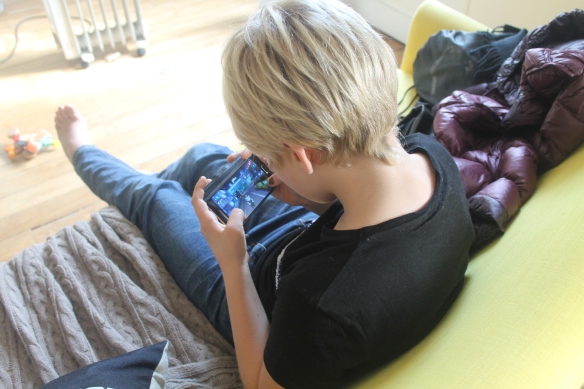 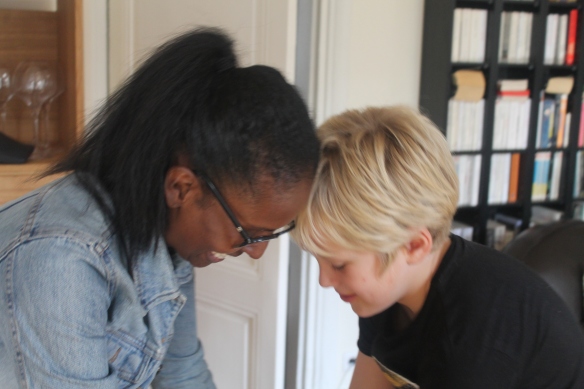 I love this photo. H. on the left was born in Denmark, the boy is Swedish. Around the table four languages were spoken – Swedish, Danish, French and English. Living multiculturally and multilingually is very enriching. 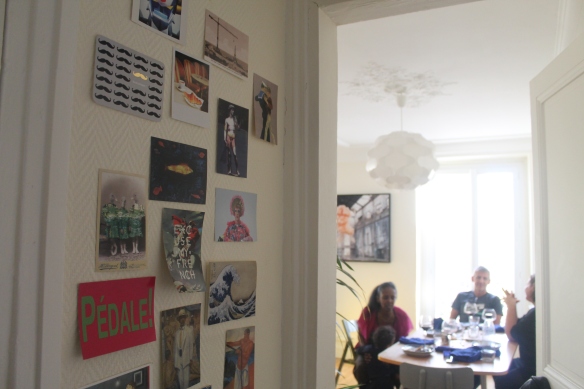 The delicious soup came from here; check out this website for amazing recipes –