One of my greatest pleasures is urban walking.  When I’m in a city on vacation, I usually walk 6 to 7 hours a day.  But this time my knees ached, so I had to slow up a little bit.  While walking I like to gaze at beautiful buildings and streetscapes. Sometimes I’ll stop in front of a building just to admire its style and character.  And if it’s an old building, I try to imagine who lived there and what it must have been like a hundred or a hundred and sixty years ago when horses and carriages were parked out front instead of cars.  Ennismore Gardens is one such place, a gorgeous square I stumbled upon while exploring South Kensington.

Intrigued by the beauty and history of the square, I did a bit of research and came up with the following.  In the late 19th century, the first residents were aristocrats and statesmen; in the 20th century they were joined by artists and actors. Development began in the 1840s and decades later the rest of Ennismore Gardens, including the private garden square at its centre, was laid out in the 1870s. The five-storey houses, referred to as “town mansions”, have porticos with Corinthian columns and a continuous railing creating a first floor balcony.  Of course in those days each house was occupied by one single family and its domestic staff.  But throughout the first five decades of the 1900s they were gradually converted into apartments.  You can’t really appreciate the grandeur of this square by these photos.

Running behind Ennismore Gardens is a row of mews houses (mews are converted stables and carriage houses). I had read that Michael Caine and Terence Stamp lived here (not together). I imagined how fun it would be to see one of them out watering his geraniums.  But I saw no-one as I walked along the cobblestones.  All I heard was birdsong and the distant drone of a passing airplane. It was a beautiful sunny morning and I was on my way to my most favorite of all museums, the Victoria and Albert.

The V and A is one of London’s most beloved museums. Founded in 1852 and named after Queen Victoria and Prince Albert, it’s also the world’s greatest museum of decorative arts and design. Entrance to the museum is free, however some exhibitions you have to pay for.

The gift shop alone is worth visiting and there are several excellent restaurants and cafeterias on-site. The gift shop showcases contemporary jewellery designers from all over the world.  I purchased this ring for its originality. A fusion of Turkish and Colombian styles, the turquoise and magenta agate gemstones are set in gold-plated bronze. The artist’s name is Karla Diaz Cano. 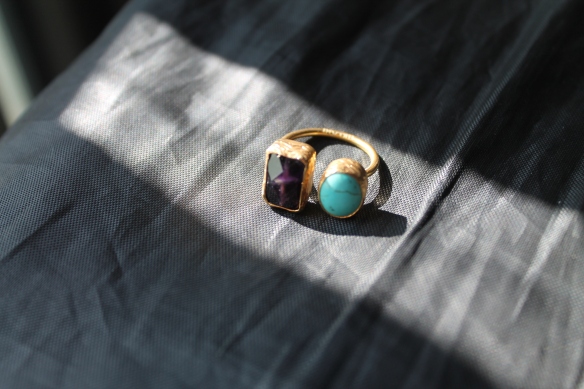 Every time I walk in to this museum, I admire the gorgeous sculpture of blown glass and steel that hangs in the grand entrance. The designer is named Dale Chihuly and he was inspired by Venetian chandeliers. The sculpture was made in Seattle.  The last photo here is of the gift shop. 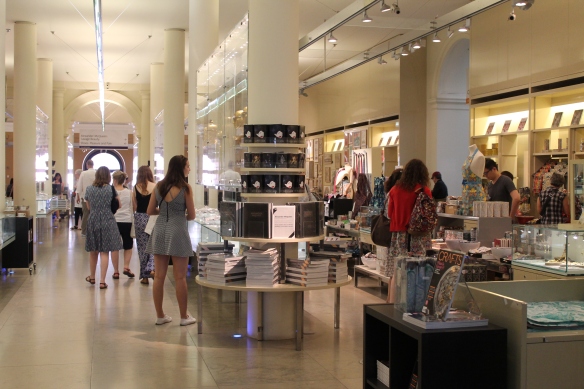 NEXT AND LAST POST COMING UP – a literary evening to celebrate the 150th anniversary of Alice in Wonderland; a grilled cheese sarny (sandwich) at Whole Foods (made for me by a Frenchman); and the noble-minded Bishopsgate Institute.

Impossibly Posh.  Unless you have one million pounds at your disposal, don’t even think of buying real estate in South Kensington. This is the west London borough of Kensington and Chelsea, home to the most expensive residential district in Europe. The world’s largest museum of decorative arts and design, The Victoria and Albert Museum, is in South Ken.  You cannot leave London without visiting the much-loved V and A. 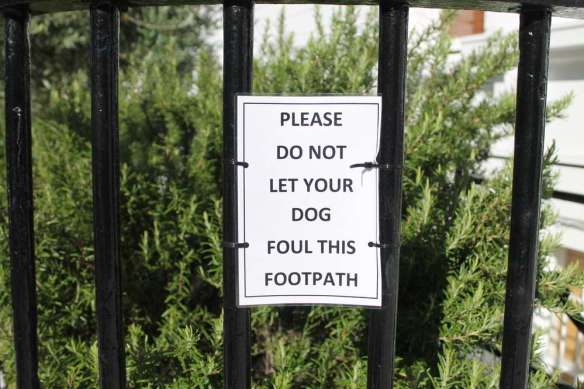 There are, however, some (surprisingly) affordable places to stay in this area. I stayed in modest accommodation on this beautiful street. A perfect location. 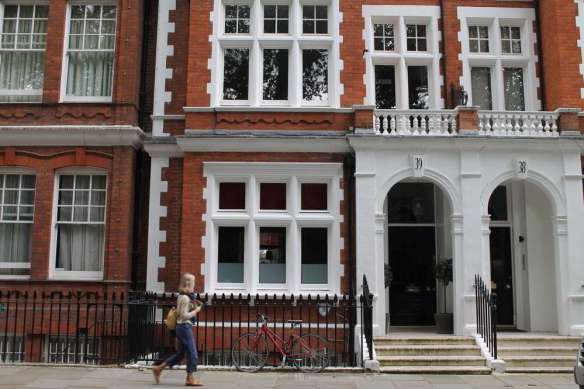 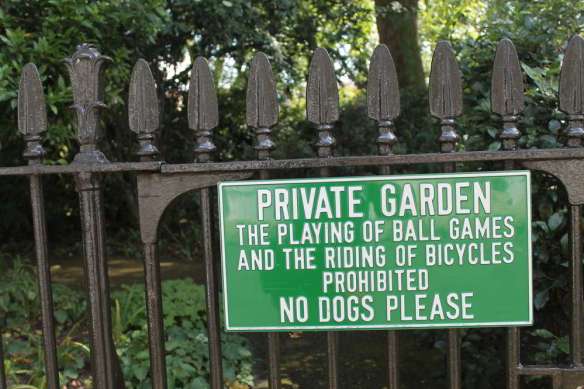 I like staying here because it’s central and near several of my old hunting grounds. I lived and worked in London on two different occasions, the last being in 2005 when I lived for a year in a friend’s house in Fulham.  From my hotel, I jump on the number 14 bus which takes me all the way down the Fulham Road. There’s a friendly café where I like to sit in the sun and have breakfast, the kind of breakfast you can’t even find in France: one morning I had eggs benedict, the next morning a bacon sarny with HP sauce.  So delicious. 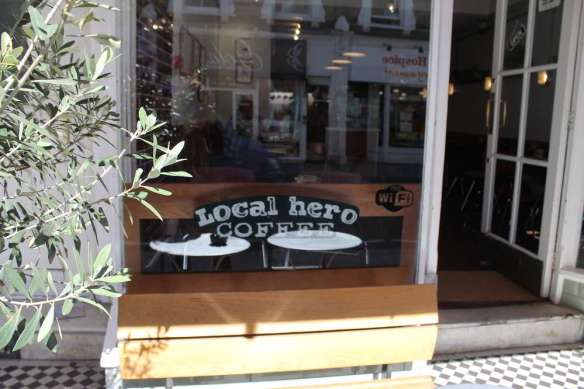 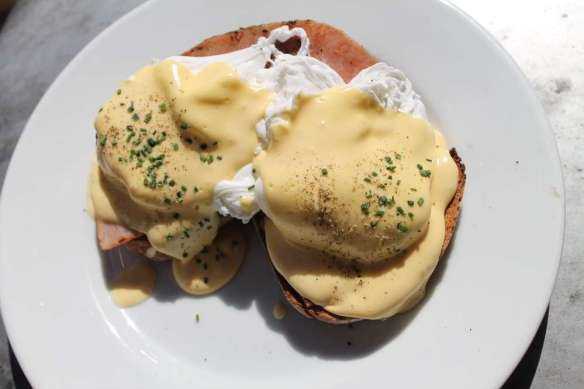 Directly across the road is my favourite bookshop complete with espresso bar, not to mention great books and the daily newspapers to read.  This was my hangout in 2005. I’m glad to see that the place is still thriving. 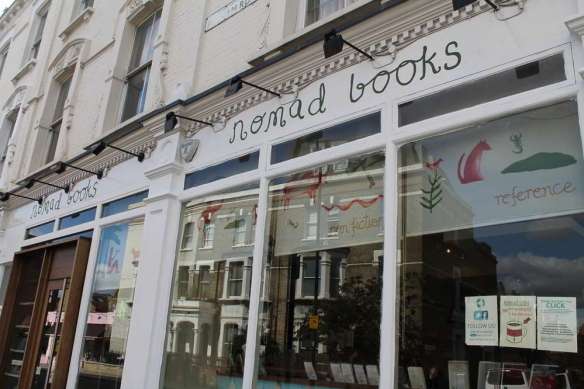 NEXT UP: Marylebone High Street.