I think what shocks the French more than the actual ingesting of horse is the defrauding of consumers through false and inaccurate labeling on frozen food boxes. I mean, they eat snails, frogs’ legs, brains, blood pudding and pigs trotters. Why would eating horsemeat set them aquiver?

When I first came to France to study French at Paul Valery University in the sunwashed city of Montpellier, I ate horsemeat. Unwittingly, of course. It was served to me one night in the guise of a hamburger. At the end of the meal the hostess asked me how I liked the meat. I said that it was good, but it had an odd sweetish flavour. Everyone at the table laughed and I was told that I had just eaten horsemeat. I was not amused.

And that’s what this current food fraud scandal is all about: we’ve been unwittingly eating it, thinking it was certified beef. When you go to the supermarket to buy a box of frozen lasagna or spaghetti bolognese and it’s written clearly on the box “100% French beef“, that’s what you expect to be eating. You might imagine contented cattle loafing in a sun-dappled Limousin valley and grazing on grass. What a shock to discover that what you’re really eating is bits of carcass from a sorry old horse that was slaughtered in an abattoir in Romania!!

A survey was conducted to determine the five biggest horsemeat-consuming countries: they are China, Mexico, Russia, Italy, and Kazakhstan. Italy! I was in Bologna over Christmas a few years ago.  I wonder if those numerous plates of spaghetti Bolognese I scarfed down was full of horse? The British newspaper, The Daily Mail, reported that every year 100,000 live horses are transported into and around the European Union for human consumption, mainly to Italy but also to France and Belgium. From where do these live horses come?

And before my fellow Canadians get too smug in thinking that this happens in other countries, here’s a shocker: it appears that horse-eating countries of the world covet Canadian horseflesh. Oh, yes. One Canadian horse is worth $20,000. Every week approximately one hundred are loaded onto a plane at Calgary International Airport and flown to Japan to be slaughtered, sliced thin and served in Japanese restaurants. It’s a delicacy called basashi and it’s eaten raw.

In spite of the seriousness of the scandal that gripped France and Great Britain a few years ago, newspapers came up with some humourous headlines:

I just thought of this now: It behooves us to reflect on the matter.

Markets are the soul and substance of France. All over the country, usually on a Sunday morning, French citizens flock to their local markets to barter, socialize, stroll and stock up on weekly provisions. My market is a 20-minute walk from my apartment and takes place on Sunday and Wednesday mornings. Here are some scenes.

Plump scallops on the half shell, glistening sea bass, and scampi: 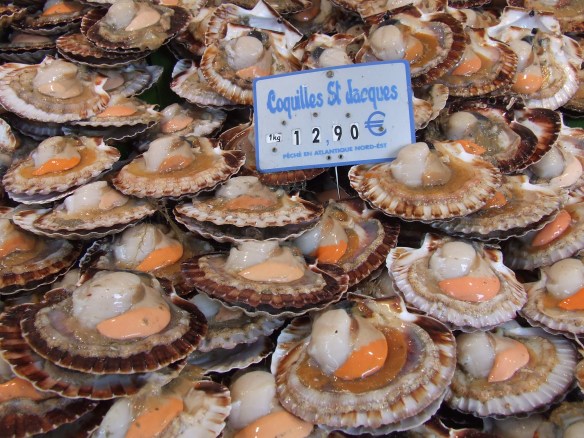 This scene below cracked me up. The customers, engaged in animated conversation with the vendor, are seemingly unaware or unperturbed by the fact that a dead piglet is hanging ignominiously from a hook in front of them (This little piggy went to market…)  It’s called a cochon de lait which means suckling pig, so we can correctly assume that it was snatched from its mother’s teat then slaughtered. Also below are skinned rabbits. 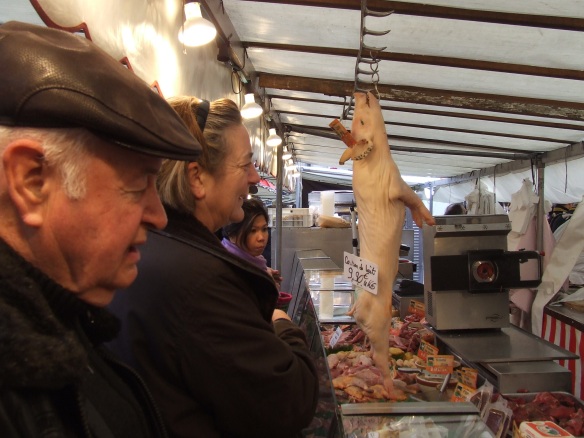 Goose eggs, fresh oysters from the Atlantic Coast, sausage and sauerkraut, mangos from Africa, tulips and hyacinths from Holland. An embarrassment of riches, and sometimes it feels embarrassing when you think of all that we have, and others who do not. 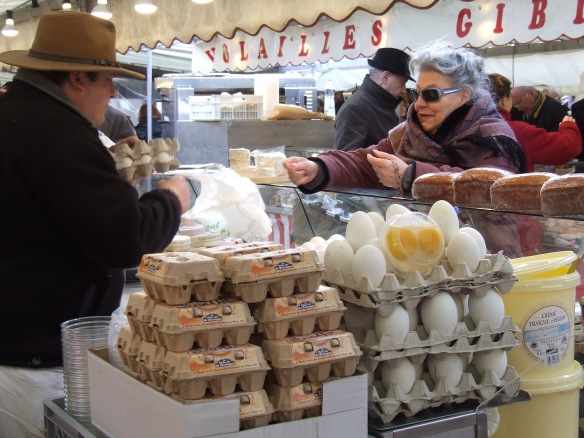 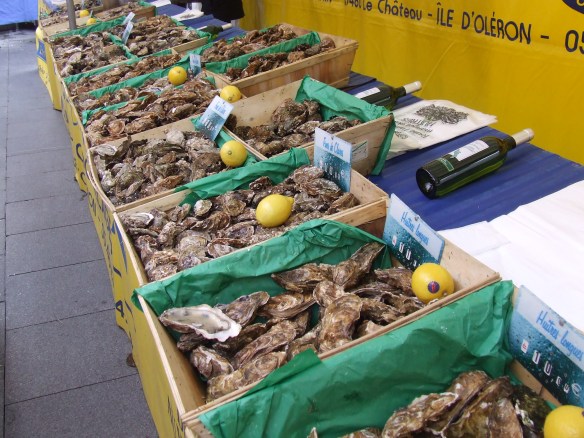 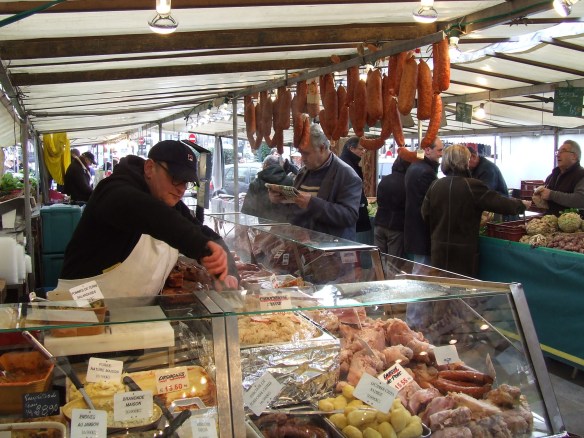 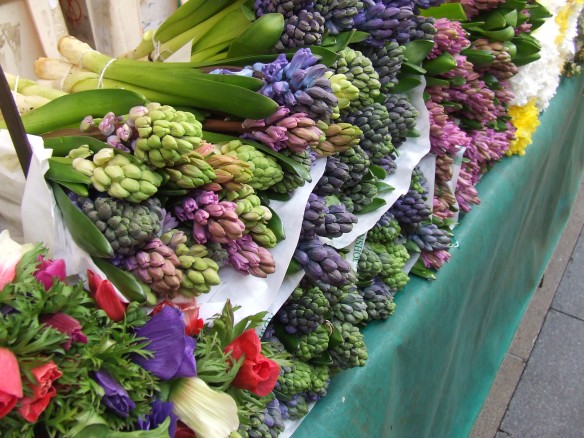 Some friendly gazes and some not so friendly.

Yikes, look at those glacial stares. This market is in a fairly well-heeled district as you can probably tell by the fur coats and supercilious air of some of the denizens.

Laden with produce, I repaired to the nearest café for a tartine and espresso. A tartine is half a baguette spread with butter. I wouldn’t have minded a dollop of raspberry jam, but they were all out. 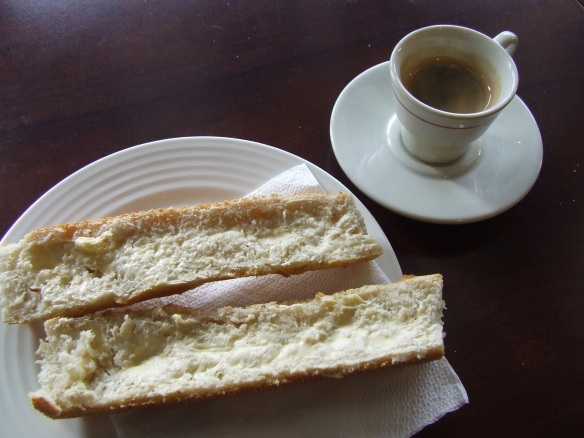 Speaking of markets, EATALY has just opened in the Marais district. All Italian, I can’t wait to go. Here are some beautiful photos in the link below: