We had such a good time last night! My office colleagues and I were treated to an outing (by our employer): a guided tour of the Paris opera house and a cocktail party afterwards.

We were over one hundred, but broken up into small groups. While recounting stories and legends along the way, Delphine, our tour guide, shepherded my small group around the building. For tourists, this service is available to everyone and I highly recommend it. Above is the magnificient ceiling painted by Marc Chagall in 1964. (For those who don’t know, there’s a stunning museum, the MUSÉE NATIONAL MARC CHAGALL, in Nice, France. A must-see.)

As I sat in the plush red velvet seat, my head craned upwards to gaze at the ceiling, the thought that ran through my head was this: I cannot imagine my life without art and beauty in it. 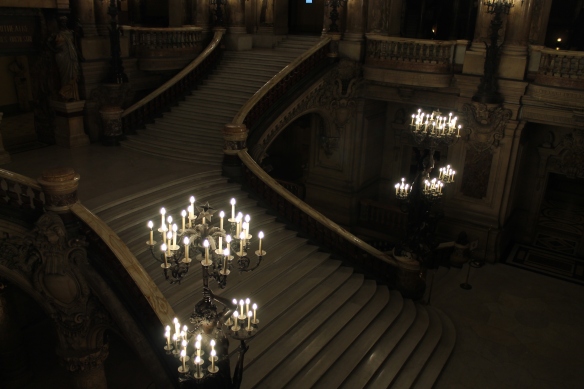 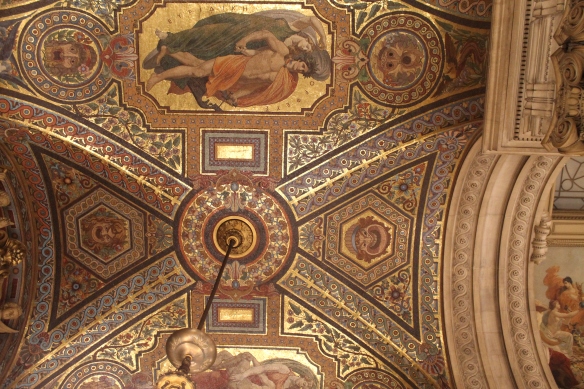 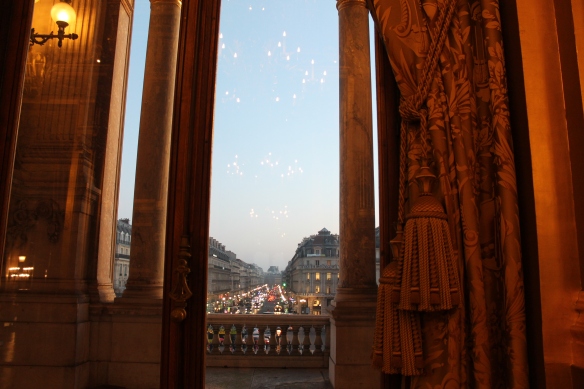 If anyone has watched the movie, The Phantom of the Opera (I don’t know which version, there were many), this is the box that was in the film. 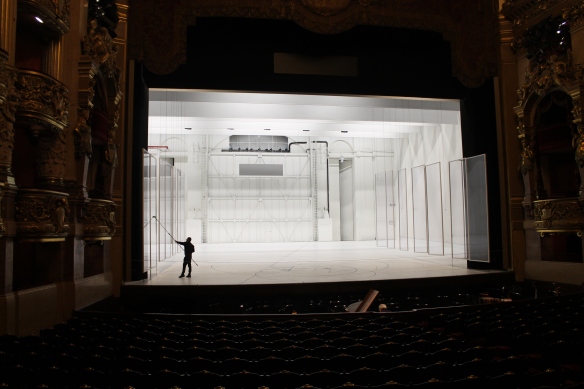 Here we are backstage (this was the most exciting part). We were surprised to learn that the floor slopes downwards.

In this photo below you can see the vista of the avenue de l’Opéra from the window, Delphine telling us a story, and the bust of Charles Garnier, the architect who built “Le Palais Garnier” in 1874. 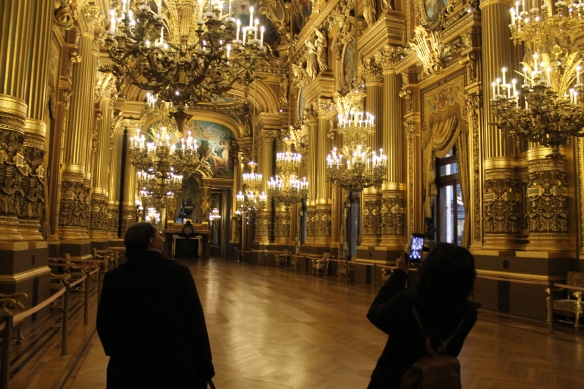 After the two-hour tour, we trooped down the avenue de l’Opéra in the cold night to Drouant restaurant where flutes of champagne and hors d’oeuvres awaited us. Every year the famous literary prize, the Prix Goncourt, takes place in this Michelin 3-star dining establishment.

Restaurant recommendation: looking for a superlative meal in an elegant restaurant in the center of Paris? The Drouant. The champagne, wine and food that I consumed was of the highest quality.

Below are just a few of my lovely colleagues. Only one of them is French. I really like working in an international context and environment.