Come with me and discover some of the fashion, food and shopping hotspots in Paris: some well-known, others less so; some central, others off-the-grid. These are places that I (and other Parisians) visit regularly.

Our first destination is the Place des Victoires, territory of the fashionista and far from the crush of the 8th arrondissement. Compared with the oh-so-crowded Marais district, Saint-Germain-des-Prés and the big department stores on the boulevard Haussmann, this understated yet fashionable neighbourhood is far more spacious and quieter on Saturday afternoons. Wedged between the opera house, the Grands boulevards and the Palais Royal, with the Stock Exchange smack dab in the middle, the 2nd arrondissement is perfectly positioned in the central core of the city.

The best way to get to the circular Place des Victoires is to take the metro to Palais-Royal then walk through the Palais Royal gardens. When you come out of the gardens at the north end, turn right onto the rue des Petits Champs. As you walk along the narrow sidewalk, you’ll see the elegant 19th-century shopping arcade, the Galerie Vivienne on your left. Why not have lunch at the reasonably-priced Bistrot Vivienne? Or, even better and if the weather is nice, stop for lunch in the actual garden of the Palais Royal where there are a few reasonably-priced restaurants under the arcades. The Palais Royal garden is my most favourite spot in Paris. So much so that I have dedicated a blog post to it (the link, entitled Secret Garden, is at the bottom of this post). 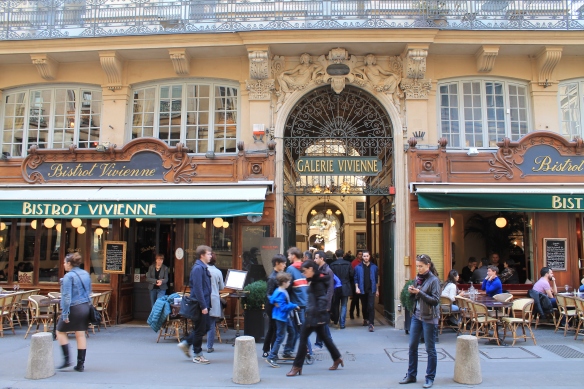 Here’s the inside of the gallery which, in essence, is an early 19th century shopping mall.

A note for wine buffs: don’t miss Legrand wine merchants (photo below), a delicious Paris institution. When I’m feeling flush, I come here to buy a bottle of plummy Chinon. Legrand has selections not only from prestigious vineyards, but from small and independent vineyards as well.

Make your way to the front to the original shop and you’ll find chocolates, gourmet food items and old-fashioned candies on sale. Ask for négus which are stored in a big glass jar; these are my favourite (crackly on the outside, soft caramel inside). Still made in the Burgundy town of Nevers, négus are dark brown bonbons created in 1900 in honour of the official visit of Menelik II, the Emperor of Abyssinia (now called Ethiopia). Imagine that!  Everything has a story.

Walk further along and on your left you’ll come to a second-hand designer clothes shop called La Marelle. Depending on their stock at the moment, you can pick up some real gems. As well as designer clothes, they also sell handbags, shoes, belts and some jewelry.

I fell in love with these shoes but they were a size too small! 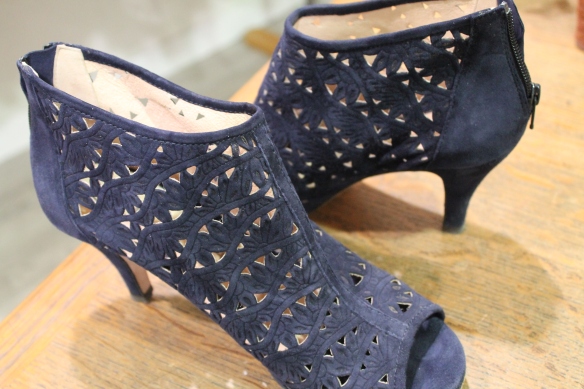 People seemed to be enjoying this café, so I went in for a fuel stop. I stood at the bar and ordered an espresso.

It was awful.  And it cost me 1 euro 40.  Here’s the barman making it for me.  I should have said to him – Monsieur, votre café est dégueulasse! – but on that particular day I was feeling mellow and let it pass.  The majority of Parisian cafés serve pretty foul coffee which explains the coffee revolution that took place a few years ago.  Today there are a number of quality coffee bars dotted around the city, most of them run by Australians and Americans. 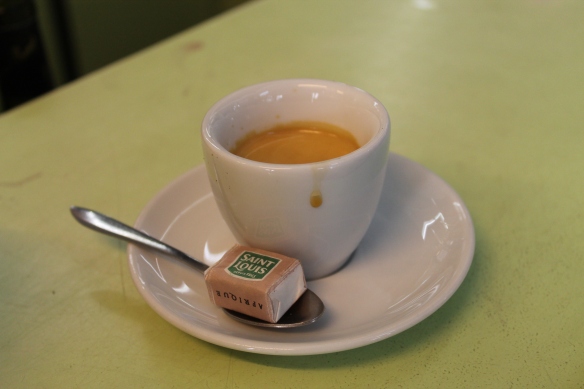