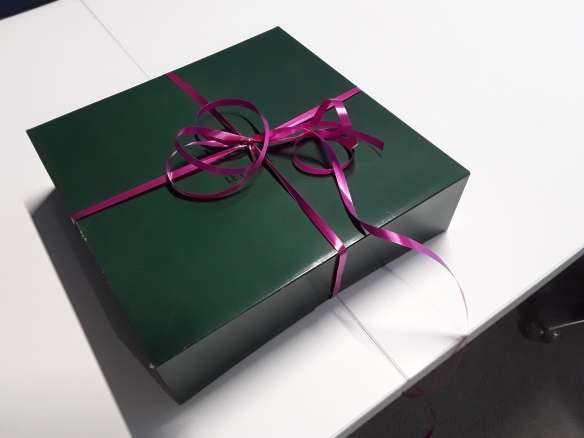 Two of my colleagues shared a birthday today, so last night I went to my local boulangerie-patisserie and bought a large apricot-pistachio tart. I lugged it home (it was heavy), then lugged it to work on the bus this morning.

We ate it during our morning staff meeting.

In the afternoon, we ate a galette with cider. Because it’s galette season. 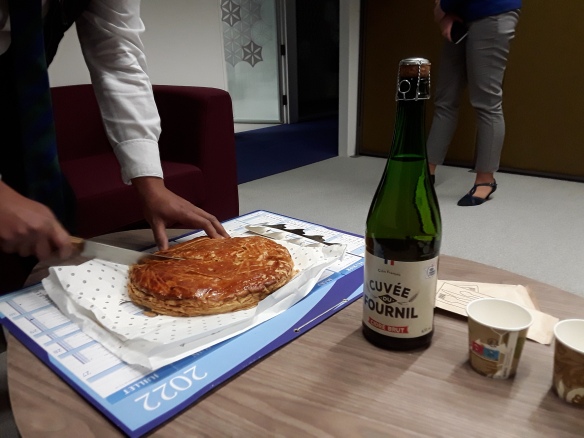 The French have been serving up galette des rois since the 14th-century. Traditionally, it’s served on January 6th to celebrate Epiphany, a religious feast day commemorating the arrival of the Three Kings to the manger where Jesus was born. Today, it’s eaten throughout the month of January and is simply a festive way to celebrate the new year with family, friends and colleagues.

There are two basic styles of galette: in northern France, it’s made of pâte feuilleté, puff pastry, and stuffed with a dense, creamy almond paste called frangipane. In the south of France, it’s a brioche-style cake covered with candied fruit.

Hidden inside the cake is a small porcelain figure called a “fève” (lucky charm).
Whoever gets the slice with the fève in it (and hopefully doesn’t break their tooth on it), is named King or Queen and wears the golden paper crown that comes with the cake. 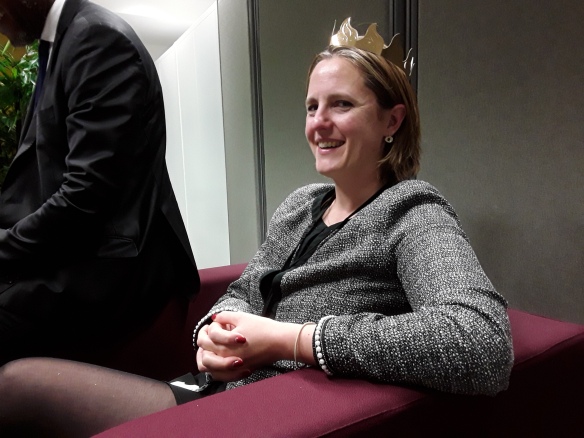