I fell in love with this town five years ago. Perched on a limestone cliff overlooking the Adriatic Sea, it was the perfect escape from crowded polluted Paris. 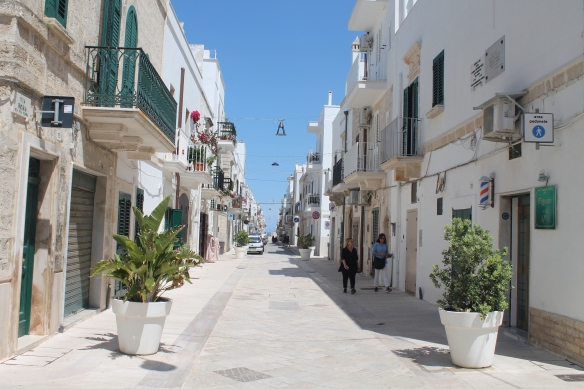 I’d stand on this promontory and breathe in deep gulps of clean air. There was always a cool wind blowing in from Croatia, Albania and Greece beyond. I loved the color of the sea: deep Adriatic blue. 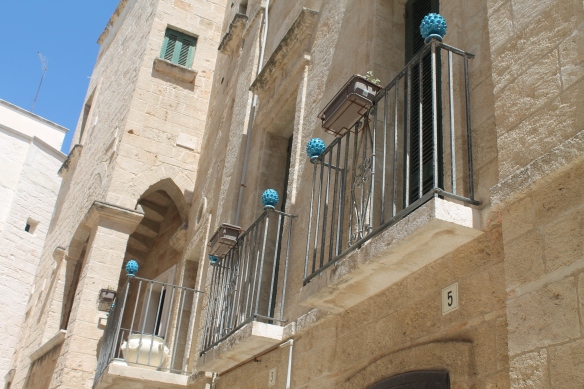 An afternoon slice of cheesecake and caffè in ghiaccio con latte di mandorla, a blend of almond milk, almond syrup and espresso poured over ice cubes.

I was touched by the gesture of this mother and daughter, madre e figlia, holding hands in a supermarket. Family is tight in Italy, especially in the south.

As I was crossing a town square, a woman whose hair bounced and shone in the sunlight was walking in front of me. I loved the color. I wanted my hair to look like that. I stopped and complimented her, then asked where she got her hair done. She gave me the name and address of the salon. 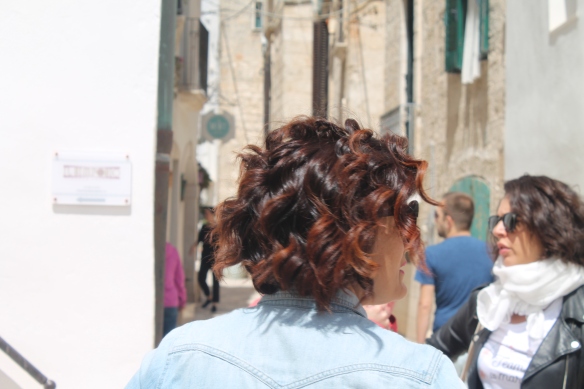 Lovely people. The further south you go, the more expansive and outgoing they are. There’s an exuberance in Italy that appeals to me greatly. On my last day, I went to this rooftop bar, ordered myself a glass of Prosecco, and sat contemplating the sea.

For me, Polignano is a cleansing place.

Arrivederci! I’ll be back.

This is a post written in June 2019 that I’m reposting. I had taken an 11-day train trip through Italy right down to Puglia, deep in the heel of the boot. It was marvellous. I also visited Rome with two friends and then Lecce and Bologna on my own. Click on ITALY up top to read my travelogues from that memorable June trip. I ended up in Nice, France.

Had I known that a mere six months later, in January 2020, COVID would hit Italy hard, primarily in the regions of Lombardy, Veneto and Emilia-Romagna, but other regions too, including Puglia – hundreds and thousands of Italians dead, the majority of them elderly – I would have fallen off my chair.