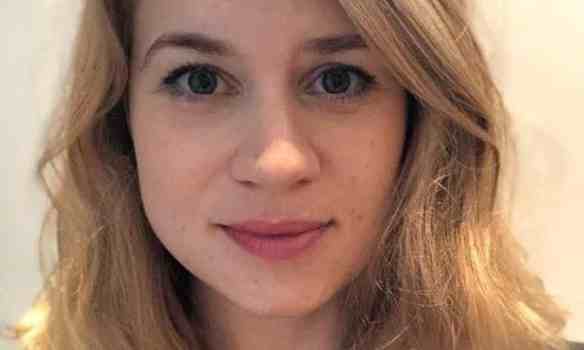 In the space of one week, Sarah Everard went from the beautiful and vibrant young woman we see in these photographs to “human remains found in a woodland area.” She was snatched from a London street and murdered. We’ve all been following this terrible story. The disappearance of Sarah Everard is yet another statistic in the litany of violence towards women.

On the night of Wednesday March 3rd, Sarah left a friend’s house in Clapham, South London at around 9 pm and began walking home. But she never arrived. She vanished.

On March 6, the Metropolitan Police raised the alarm over her disappearance. Friends and family said it was “totally out of character” for her not to be in contact with them.

Who was Sarah Everard?

33-year-old Sarah lived in Brixton, South London, and had recently started a new job as a marketing executive. Originally from the North of England (York) she had moved to London about 12 years ago after getting her geography degree at Durham University.

Who has been arrested on suspicion of murder and kidnap?

A Metropolitan police officer named Wayne Couzens, 48 years old, married and father of two children. It is believed that he may have lured Sarah into his vehicle by using his police badge. By sheer fluke, the breakthrough that led to the arrest came from CCTV footage from a passing London bus that had been travelling along the route where Ms Everard disappeared. Couzen’s wife has also been arrested.

Social media has been flooded with women sharing their experiences following Sarah’s disappearance.

Hundreds of Twitter users gave examples of the lengths they go to when out alone: lengthy detours, stick to well-lit streets, call a friend and clutch their keys between their fingers to feel safer.

Victim-shaming: don’t tell women not to walk home at night, tell men not to rape and kill. Stop focusing on women’s choices, and start focusing on the men that attack us.

This weekend women are expected to attend a vigil held in Clapham Common, the park Sarah walked through on her journey before she is believed to have been kidnapped. (cancelled due to COVID)

The organisers wrote on Facebook: We believe that streets should be safe for women, regardless of what you wear, where you live or what time of day or night it is. It’s wrong that the response to violence against women requires women to behave differently. Women are not the problem.

We shouldn’t have to wear bright colours when we walk home and clutch our keys in our fists to feel safe. It’s wrong that the response to violence against women requires women to behave differently. As if it’s our fault.

In Clapham, police told women not to go out alone at night. Why should women stay at home cowering behind the curtains because of a male threat to women?

I’ve just read an article in the French press: a 41 year old woman was out jogging end of February in a Paris suburb. Then she went missing. Her body has just been fished out of the river Seine. Happens all the time here. Another female found dead.

A new article has just appeared in this evening’s The Guardian: Endemic violence against women is causing a wave of anger. Analysis: Sarah Everard’s disappearance sparks furious demands to address misogyny in the UK. Protest marches are planned in cities across the country (cancelled due to COVID).