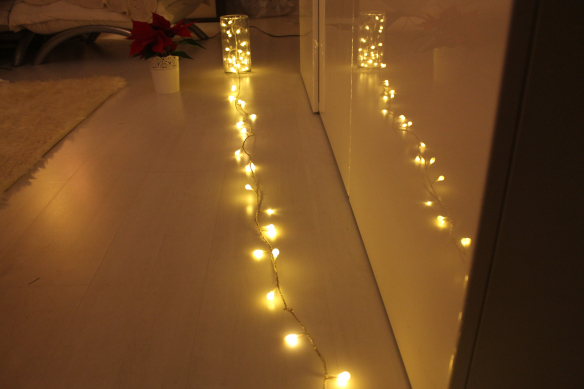 Well, I’m feeling jolly because I’m on paid vacation until December 27th, because my left knee is better, because a bottle of crémant is chilling in the fridge (crémant is a delicious sparkling wine, similar to champagne but a lot cheaper), because I’m about to open a box of 12 macaroons to eat with my tilleul tea (no, I’m not going to eat all 12 in one sitting), and because I’m off to London on Friday on the Eurostar. There’s a specific reason why I’m off to London, but I’m not going to tell you until Thursday night when I put up a new blog post (how’s that for a teaser?)

“And may the New Year bring an end to all this craziness – wishing us all peace and joy.” I couldn’t agree more. That’s what my friend Lori wrote in her Christmas card to me (she still sends greeting cards through the mail, the old-fashioned way, and I’m happy to be a recipient.) Lori lives in Sonoma County, California and experienced first-hand the terrible fires there. 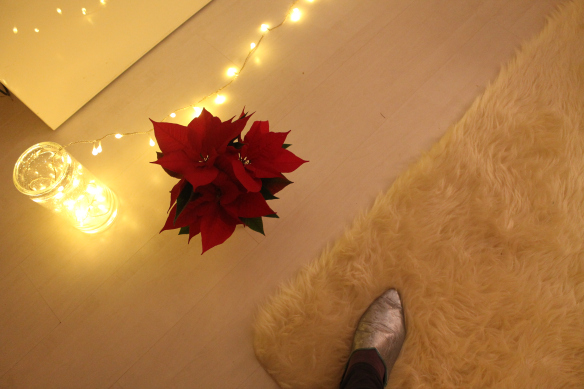 Christmas is a festival of lights and song. In Lille, Soso and I sang Rudolph the Red-Nosed Reindeer together, him in French, me in English. Rudolph le petit renne au nez rouge.

Christmas vacation is also good food and having time to listen to the radio while you work in the kitchen. I listen to BBC Radio Four on my computer. There’s a thrilling new drama podcast called The Haunting of M.R. James. There’s also an interview with Meg Wolitzer, author of that great book, The Wife, now made into a movie. (That’s on BBC Radio 4 Bookclub)

Yesterday I made spicy Moroccan meatballs in a tomato-onion sauce served with couscous. Yummy. More tonight with a slender glass or two of crémant.

It was my intention to take photographs of the department store windows here in Paris, but what with the protest marches and all – me in Lille or working, and then my banged-up knee – I never got around to it. But here’s some photos from a few years ago – 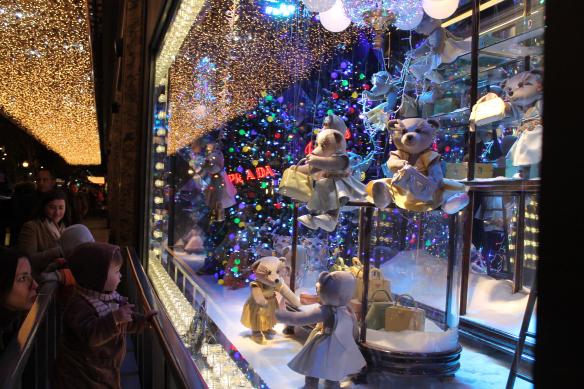 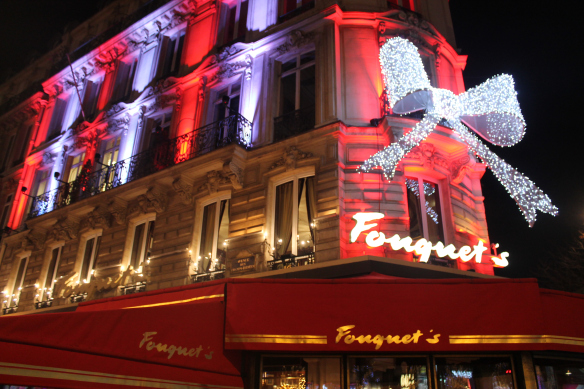 Christmas vacation is also lying around watching old movies. You’ll never guess what I’m watching tonight on DVD, a rare find: From the Terrace with Paul Newman, Joanne Woodward and Myrna Loy (drama/romance 1960). When I was a teenager I idolized Paul Newman. I thought he was the most beautiful man on earth. My bedroom was a shrine celebrating his talent and beauty, the walls papered with photos and movie posters. Below is a clip  –

For those who don’t know, he was married to Joanne Woodward in real life. They were an incredibly glamorous couple. She too was a talented beauty and award-winning actress. When Paul Newman died a decade ago, I was deeply saddened.

6 thoughts on “’tis the season to be jolly…”