Every day, thirty-three women denounce a rape in France. In 2016, 216,000 complaints were filed by harassed or assaulted women. To all of these women, like the actresses against Harvey Weinstein, this takes courage.

Marie Trintignant, we do not forget you. It will take more than the obscene media coverage of Bertrand Cantat (cover of “Inrockuptibles” magazine of October 2017) to extinguish your flame.

“A light here requires a shadow there,” writes Virginia Woolf.

DOMESTIC VIOLENCE, TO BE SILENT IS TO PARTICIPATE. call 3919 (advertising campaign)

Who was Marie Trintignant?
The daughter of France’s famous actor, Jean-Louis Trintignant. 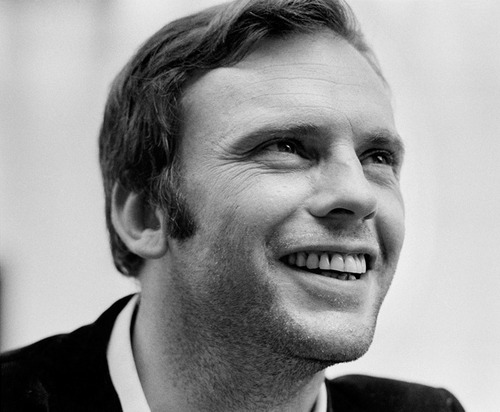 How did she die and how old was she?

She was 41 years old (and the mother of four small children) and she died from a cerebral edema (brain swelling) after being repeatedly punched by her boyfriend Bertrand Cantat, lead singer with the French rock group Noir Désir (Black Desire). 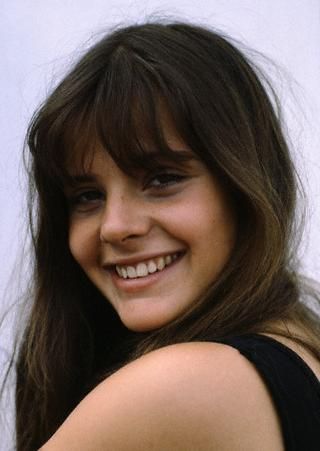 Marie as a teenager

Murder of Marie Trintignant, arrest, and imprisonment
In 2003, Cantat began an affair with French actress Marie Trintignant. On July 26 of that year, Cantat and Trintignant got into a fight in a hotel room in Vilnius, Lithuania, following a dispute over a text message. Seven hours later, Trintignant’s brother called emergency services to go to the couple’s Lithuanian hotel room, as Trintignant had slipped into a deep coma. The postmortem suggested that Cantat had inflicted nineteen blows to Trintignant’s head, causing irreversible brain damage. In court, Cantat claimed he “slapped” Trintignant four times before putting her to bed. He claimed he had flown into a jealous rage after she received a text message from her ex-husband.

In March 2004, Cantat was sentenced by Vilnius Regional Court to eight years in prison for murder, committed with indirect intent. In September 2004 and at the request of his lawyers, Cantat was moved from a Lithuanian prison to a French prison. Cantat served four years of his eight-year sentence in prison. According to French law, after half of a prison sentence has been served, a criminal with good behavior can be released to serve the rest of his sentence on parole.

Released
Cantat was released on parole in October 2007, after serving half of his sentence. His early release aroused the anger of female rights activists and the victim’s parents, who had failed to persuade French President Nicolas Sarkozy and French judges to block his early release.

In September 2003, Cantat’s house was burned down.
In October 2017, French rock music magazine, The Inrockuptibles, glorified Cantat by gracing the cover with his photo while promoting his new album. Indignation swiftly ensued.

Marlene Schiappa, the Secretary of State for Equality between Women and Men, reacted on her Twitter account, “And in the name of what must we endure the promotion of this man who murdered Marie Trintignant with his fists? Do not let anything pass.”

Actor-director Mathieu Kassovitz tweeted. “Very rock and roll your cover. Isn’t that the son of a bitch who killed my friend’s daughter with his fists?”

The Harvey Weinstein debacle is sending wide and wonderful ripples across the ocean towards Europe and beyond. It’s all two decades too late, of course, but better late than never. What can I possibly say that hasn’t already been written, tweeted and decried other than when I came to France from Canada in the early 1990s, I was stunned and appalled by the blatant machismo and sexism that ruled in this country. It needs to be said that France is not and never has been a trailblazer in the feminist department. (Do not confuse emancipation with equality or empowerment.)

Growing up in Canada, I took it for granted that Europe would be as enlightened as Canada in terms of gender equality. I was wrong. I found French women mysteriously meek and French men chauvinistic and entitled. In England the women were always apologizing (why? for existing?) and I was shocked by The Sun’s page 3 girls (A page 3 girl is a woman who models for topless photographs published in UK tabloids, specifically page three of The Sun and The Daily Star.) Page 3 girls still exist in Britain in 2017.

But the most glaring reality, in France specifically, was this: the complete and utter lack of solidarity between women. I didn’t understand – and still don’t – why this was so. (I’m talking about the 1990s; the situation has changed today, but not entirely.)

As I see it, this lack of solidarity and absence of sisterhood insidiously aids and abets the deeply entrenched sexism here. The consequence is that when you do speak out against harassment, you find yourself terribly alone. No-one supports you. (I speak from personal experience.) So it’s true: in order to combat this thing, this sickness, you need to be strong. You need to believe in yourself and have a deep sense of worth. Because you’re taking it on alone.

Sometimes, I have read or heard the following baffling comment from women harassed or molested in the workplace – “I didn’t want to do or say anything that might lead to him losing his job.”

Know this: that man that you’re talking about? He has no compunction about you losing your job. None whatsoever.

Here’s another baffling thing – I’ve just read an article in The New York Times in which an actress recounted the day Weinstein led her into a back room and announced that he wanted a massage. Naturally she was stunned because she had shown up on the understanding that she was there for a business meeting. Since when does business mix with massage, especially when you are complete strangers to one another? And especially when you are not a masseuse, but an actress. Now it was my turn to be stunned: she gave him the massage.

Désolée, mais cela me dépasse complètement. I’m trying to imagine myself showing up for a job interview to work in a law firm or an investment bank, and ending up massaging my interviewer. Did I miss something?

Way back in 2013, I wrote a post about the DSK scandal here in France, or rather in New York City. You remember: Dominique Strauss-Kahn – French politician and former managing director of the International Monetary Fund – slated to be the next president of France but who ended up in Rikers Island prison for allegedly assaulting a hotel chambermaid. No-one could have written a better movie script. Here’s the post here –

2 thoughts on “violence against women, ELLE magazine, the Weinstein affair”