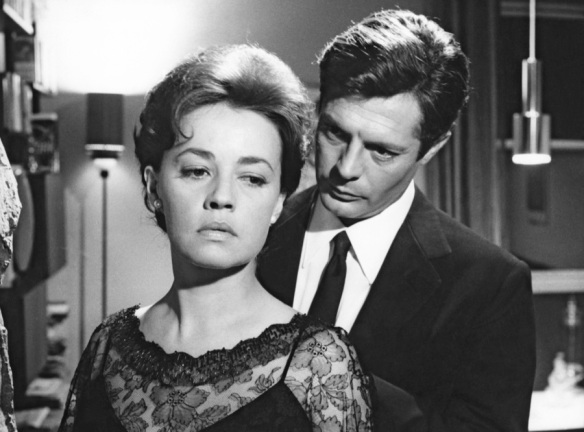 In the French language, when a person dies they say they have disappeared. Elle a disparu (She disappeared.) La disparition de Jeanne Moreau headlined all the newspapers today and I was sad for many reasons. Une flamme s’éteint is another poetic French expression for the passing of someone: a flame is extinguished. And yet another, elle a rendu l’âme: she gave up her soul.

Tributes, accolades and homages have been pouring in all day here in France. The cultural TV channel, ARTE, is showing two Moreau films tonight back-to-back (and all throughout the week.) I’m watching the first one now as I type this. Le journal d’une femme de chambre, 1964, with Moreau and the great Michel Piccoli. I saw both actors, on separate occasions, during my ramblings around Paris years ago. Jeanne Moreau in a restaurant in the 14th arrondissement; and Michel Piccoli who burst into a métro car one afternoon, clearly inebriated and wearing a long raincoat, before staggering in my direction to sit lopsidedly on the seat beside me. His leg touched mine. I squealed silently with delight. 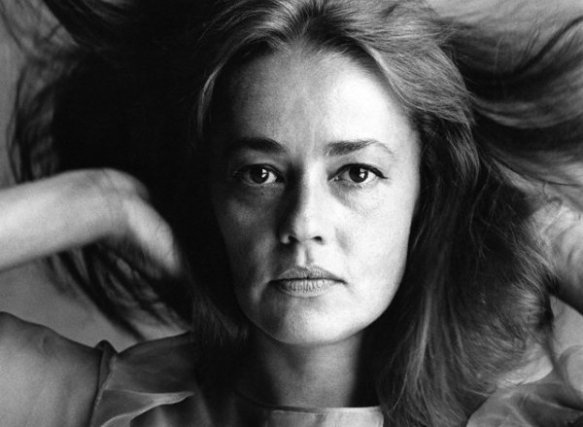 After more than 140 films, her curiosity remained unquenched, her look imperturbable: the lustrous hair, the resolute eyes, the sensual, sulky mouth, the slightly rasping voice. “This is what I am,” those features seemed to say. “Take me or leave me.”

Moreau brought to the screen a singular, inimitable verve, a petulance, and a shameless gaze. Her range was extraordinary and she illuminated such classics as Jules and Jim, The Lovers, Diary of a Chambermaid, and The Bride Wore Black.

Above all, my personal favorite Moreau film is La Notte (The Night), a 1961 Italian drama in which she played alongside the impossibly gorgeous Marcello Mastroianni. There’s something dissolute, complex, sauve and sophisticated about that film. Watching it in my early twenties made me want to go and live in Italy (To my regret, I never did. However it’s not too late …)

In closing, this clip of Jeanne walking down the Champs-Elysées at night in Louis Malle’s 1958 film Les Amants with the Miles Davis soundtrack playing in the background is pure French and pure Moreau. She was 30 years old.

2 thoughts on “the disappearance of Jeanne Moreau”