Mother of three boys and wife of Antoine Veil, former civil servant and business leader, to whom she was married 67 years. Antoine Veil passed away in 2013 at the age of 86. 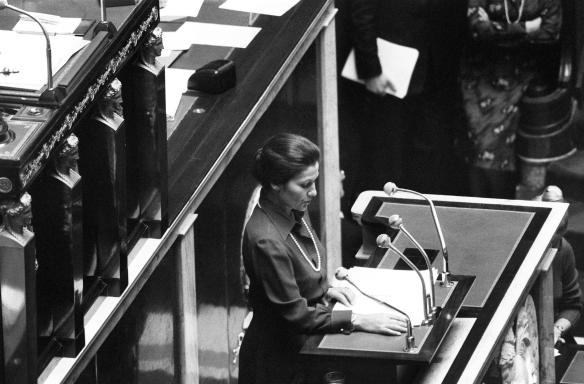 On November 26, 1974, Simone Veil delivered a speech of forty-five minutes to legalize abortion. An act of bravery at the time when the Assembly was predominantly composed of men, most of whom were hostile to the project.

Beautiful woman and role model to many. Years ago, I read her memoir simply titled, A Life. Simone Veil is arguably the one person most responsible for advancing women’s legal rights in France during the twentieth century.

Here in France, the news of her death this morning is dominating radio, TV screens and headlining newspapers. A state funeral will be held for her on Wednesday afternoon at Les Invalides. Flags will be flown at half mast. 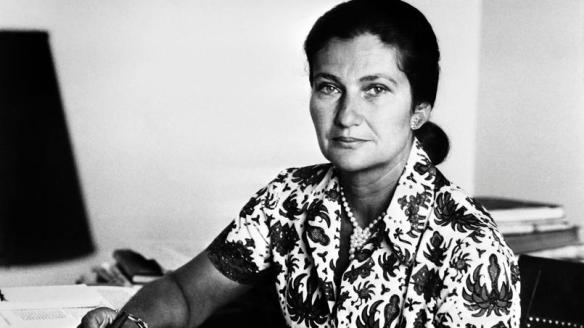 Born Simone Jacob in Nice in July 1927, Veil was deported first to Drancy and then Auschwitz-Birkenau death camps at 17 with her entire family. Her father and brother were last seen on a train to Lithuania and her mother, Yvonne, died in Bergen-Belsen just before that camp was liberated in 1945.

Veil and her two sisters, one of whom later died in a car crash, were among only 11 survivors of 400 Jewish children deported from her region. (Imagine dying in a car crash after surviving Bergen-Belsen.)

She later said it was her experiences in the Nazi concentration camps that made her a firm believer in the unification of Europe.

“Sixty years later I am still haunted by the images, the odours, the cries, the humiliation, the blows and the sky filled with the smoke of the crematoriums,” Veil said in a TV interview broadcast in 2005. 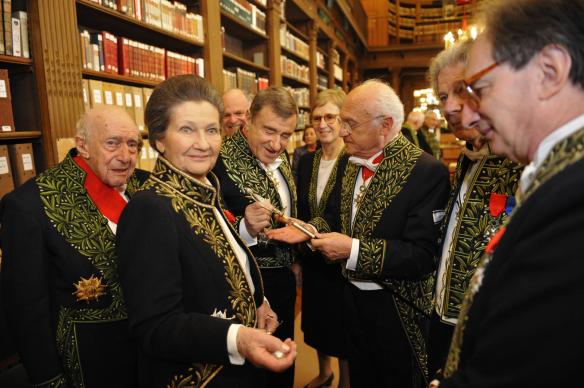 In 2010, Veil entered the Académie Française and sat in the thirteenth armchair, that of Racine, the favorite author of her father. Never had so many presidents been gathered under the dome to attend the ceremony. On her Academician sword, engraved, is her deportation number: 78651.