I’m back in Paris and there’s a heatwave raging. After work today, I went to three different stores looking to buy a fan. All sold out, nothing but empty shelves. I’m making do with my ROWENTA air purifier which isn’t really a fan and doesn’t diffuse cold air, but at least it moves the (hot) air around. Today’s forecast is 37°C (98.6°F) and tomorrow 36°C (96.8°F).

Here are some random photos of my London trip. You might snicker, but I enjoyed walking behind these shapely women. All you see in Paris are skinny women. 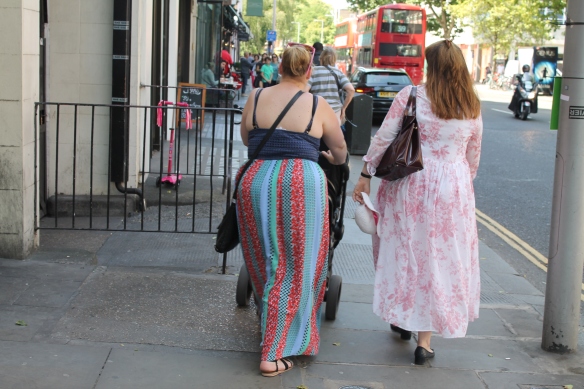 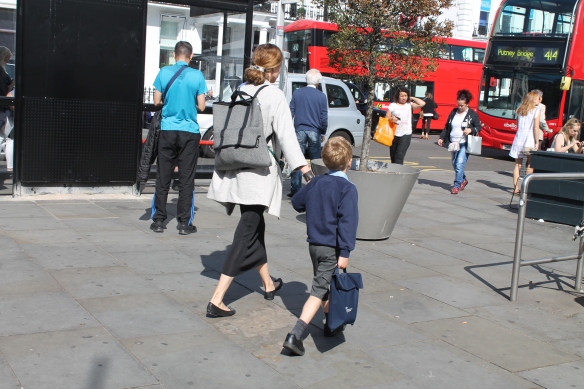 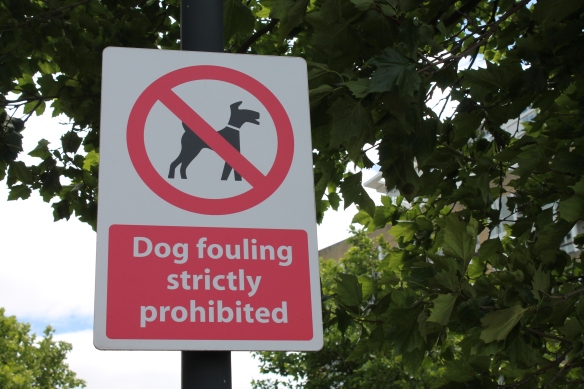 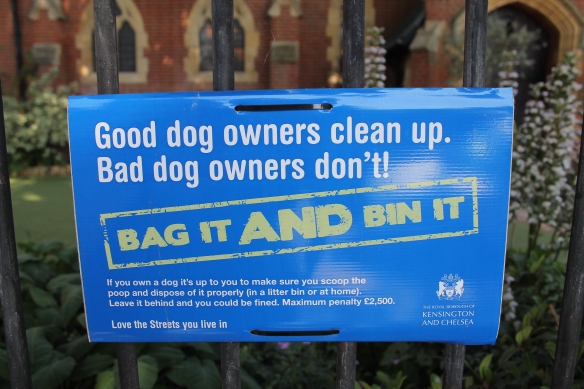 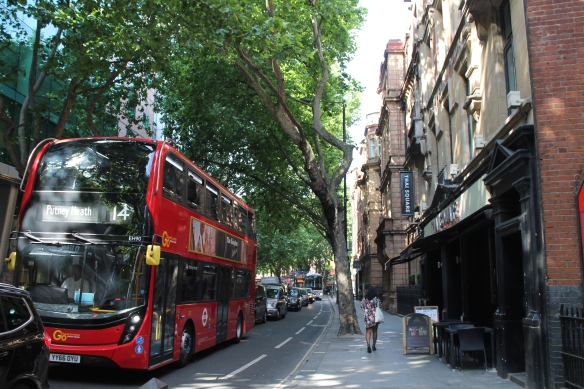 Shaftesbury Avenue near Covent Garden. The Odeon 4-screen cinema house below has an interesting history. It used to be an important West End theater called The Saville where it staged small musicals, revues and dramatic plays. Designed in an Art Deco style, it opened in 1931. During the London Blitz of 1941 it closed temporarily due to bomb damage. And then things changed dramatically in the 1960s when Brian Epstein, manager of The Beatles, leased the place and presented rock and roll shows. The venue became notorious for its Sunday night concerts and big names like Chuck Berry appeared on stage as well as Jimi Hendrix, Procol Harum, The Bee Gees, The Beatles, of course, and The Rolling Stones. In 1970, The Saville was taken over by ABC Theatres and converted to a two screen cinema house. In 2001, the building was taken over by the Odeon cinema group and is now the four screen Odeon Covent Garden cinema. 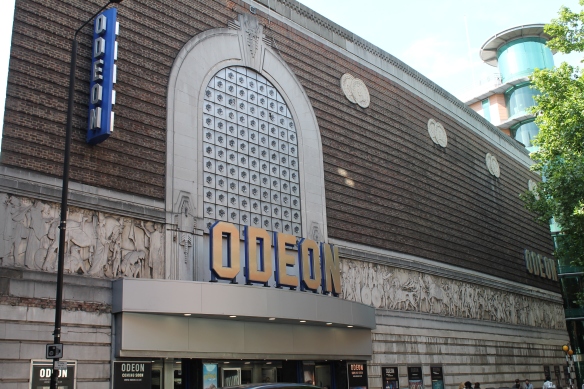 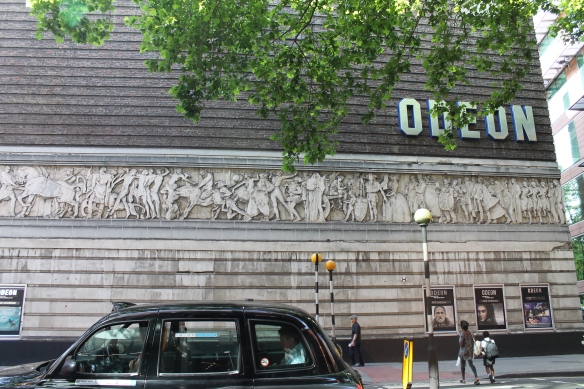 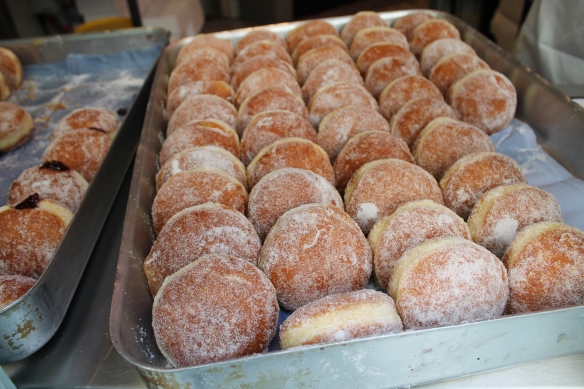 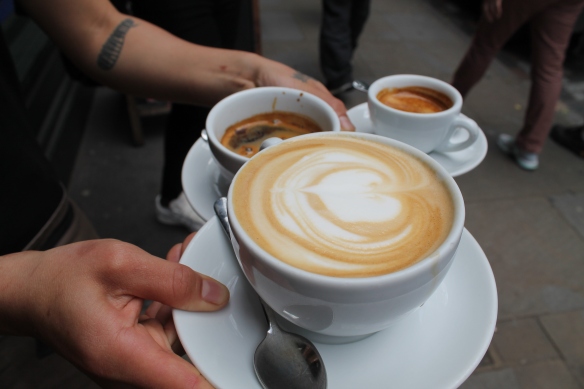 My favorite coffee place called Monmouth Coffee Company, located at 27 Monmouth Street (behind Covent Garden). There’s another Monmouth Coffee Company that I always go to in Borough Market underneath London Bridge, but this year – because of the depraved Islamist terrorists who savagely murdered eight people in Borough Market and on the London Bridge on the night of June 3rd – I didn’t have the heart to go near the place. I just couldn’t. 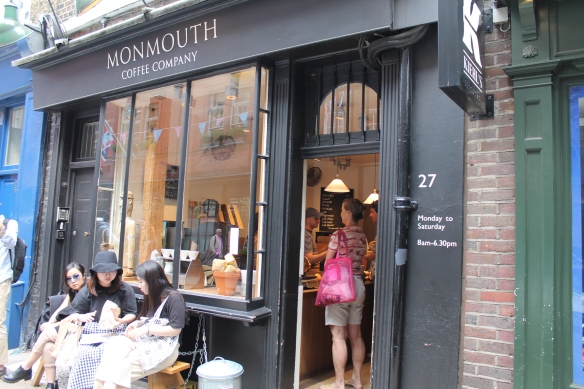 I had dinner with a friend one evening at this Monmouth Street restaurant, Wildwood Kitchen. For simple, reasonably-priced fare I recommend it. 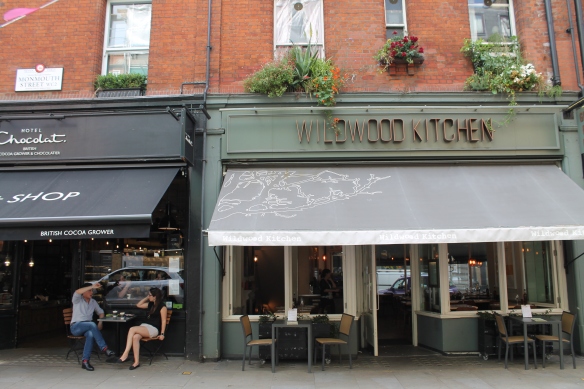 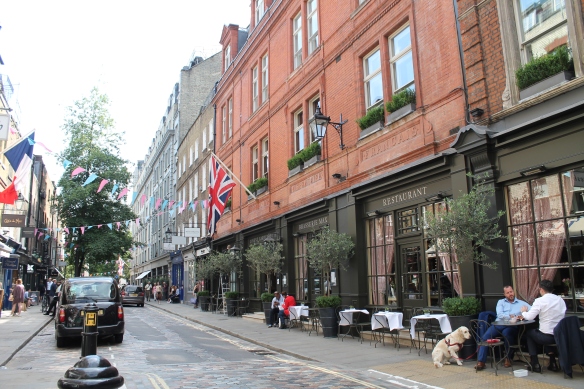 Every year I pop into Fopp, located at the corner of Shaftesbury Avenue and Earlham Street in the “Seven Dials” area, the backstreets behind Covent Garden. Here’s what TIME OUT magazine says – Three floors of new releases and back-catalogue surprises, plus good selections of books and DVDs, make this a great place for bargains. Look out for world cinema, art house masterpieces and animated. Once a small national indie chain, Fopp is now owned by HMV – although prices and stock have remained poles apart.

Recommendation: Steps away from Fopp is the fabulous flagship bookstore, FOYLES, located at 107 Charing Cross Road. A cultural institution, it relocated to the Saint Martins School of Arts building and was entirely renovated. Coffee shop and restaurant on the premises. 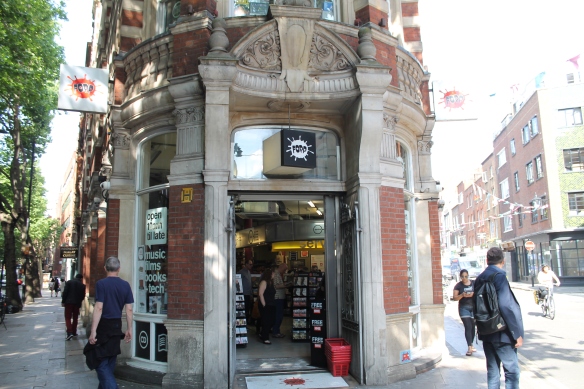 To the Underground (subway) back to my hotel. 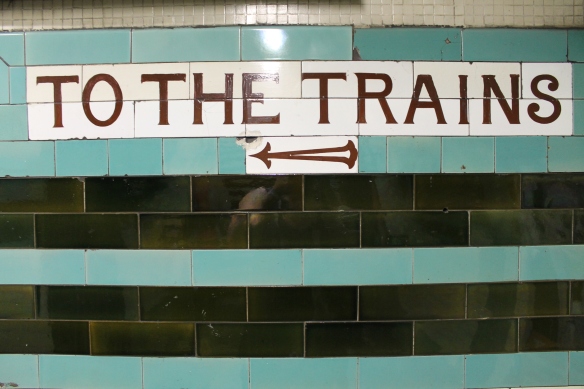 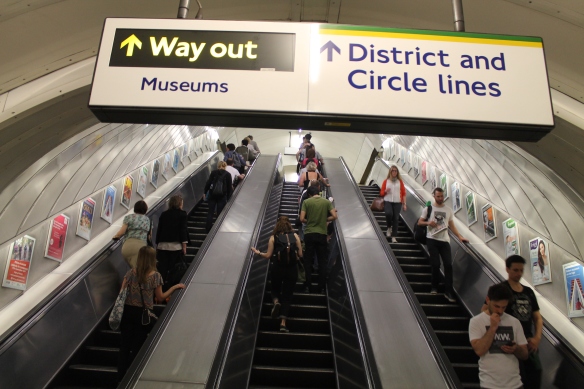 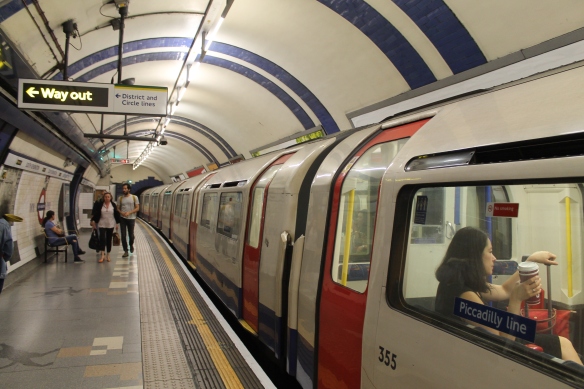 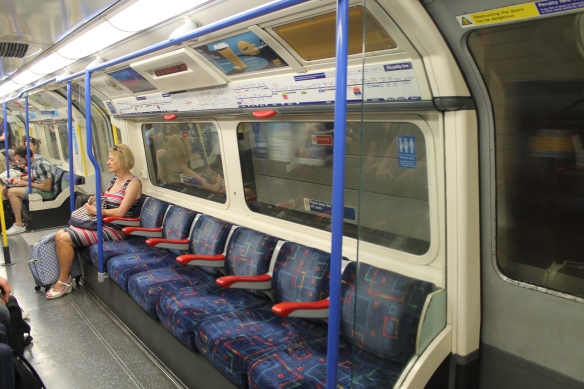 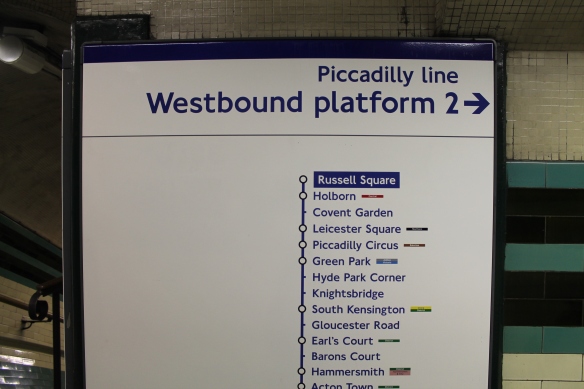 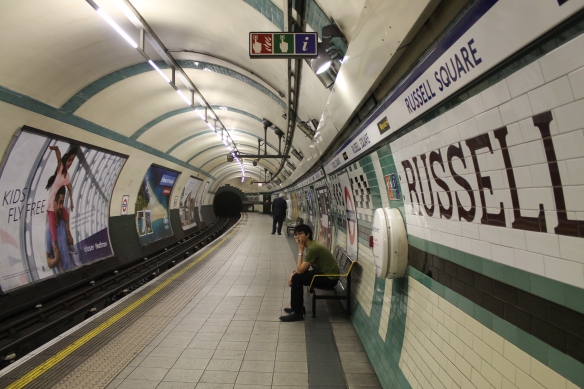 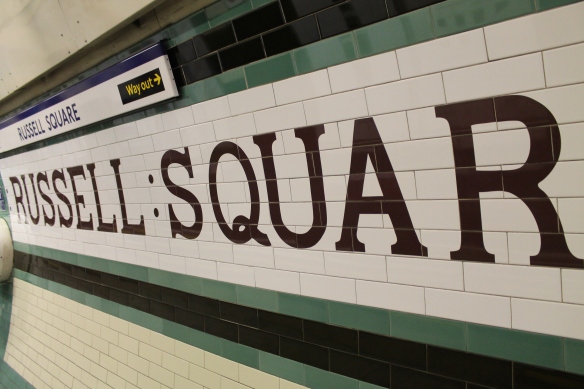