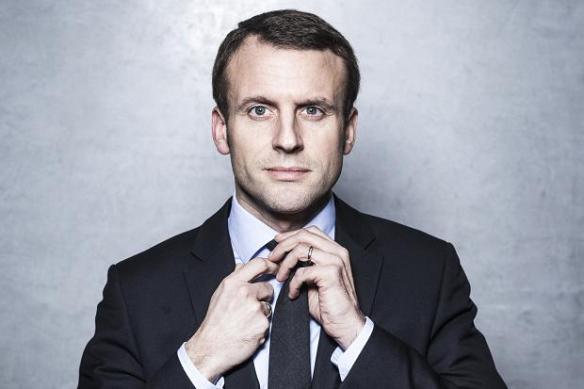 Will this 38-year old outsider be the next President of France?

Yesterday, when Mr. Macron officially announced his candidacy to run for the office of President (as an independent), my first thought was of that idiom “to throw the cat among the pigeons.” In French, that translates into “laisser entrer le loup dans la bergerie” (let the wolf into the sheep pen). Because his presence has seriously caused upset among some of the heavyweight contenders: 71 year old Alain Juppé, 61 year old Nicolas Sarkozy and 62 year old François Fillon. The elders view him not only as a young upstart, but worse – un traître, a traitor because he stabbed President Hollande in the back (not literally.) Hand-picked by Hollande in 2012 to be a senior presidential advisor, he ended up being Hollande’s protégé … and then his nemesis. In 2014 Hollande appointed him Minister of Economy, Industry and Digital Affairs. For two years Macron “served his country” before quitting the government this year to run against Hollande for France’s highest office. Many people are calling him disloyal.

In his campaign speech, Macron attacked the elites without naming them, calling them people who “insult and exclude.” The problem is, Macron is one of those elites. The son of two doctors raised in the Picardy town of Amiens, he studied at ENA (École nationale d’administration), the elite postgraduate school that grooms civil servants. He then went on to become an investment banker for Rothschilds earning around €2 million a year.

You’ve got to admit, Mr. Macron has got a fine French head. A great nose. Elegant jawline and look at that strong brow ridge.

Emmanuel Macron will run as head of the centrist En Marche movement he created in April (En Marche translates into Forward and EM are his own initials). The movement advocates “new ideas… neither of the right nor the left”.