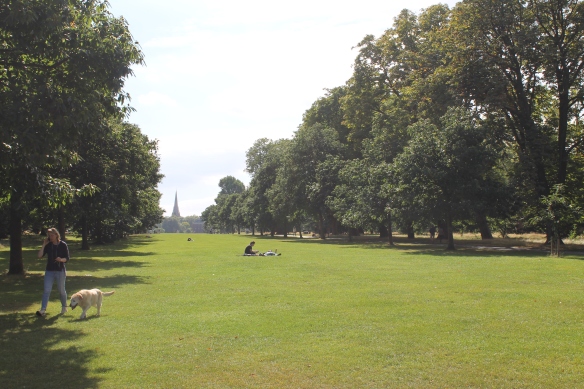 On another beautiful day I set out across Kensington Gardens in search of the Serpentine Gallery. For someone who’s normally stuck in an office all day, I revelled in my freedom and in the great outdoors with the grass, trees and big sky surrounding me. And such magnificent trees! Oak, plane, chestnut and maple, some very old and very large. It is the height of summer, a hot wind blows across the lawns, and in the Royal Parks of London the air shimmers in the sunlight. 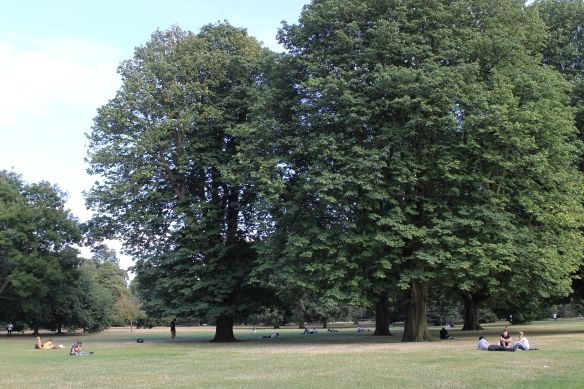 And then I came across this interesting structure which turned out to be a temporary pavilion in the middle of the park. The designer is Danish architect Bjarke Ingels.  Inside was a swank espresso bar. 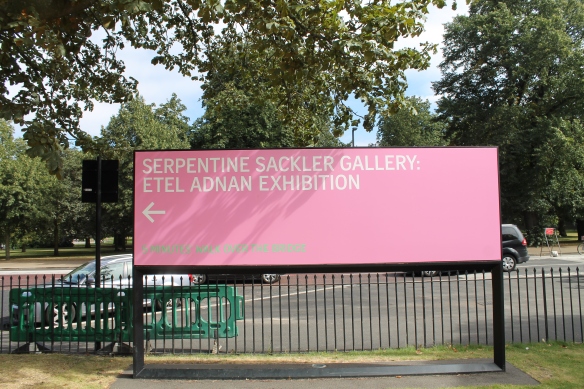 From Kensington Gardens I walked north to Bayswater Road then up Queensway to Westbourne Grove and to my favorite organic restaurant, supermarket, juice bar called PLANET ORGANIC. There are seven locations in London. I had a Fatigue Fighter juice because I love the color (beetroot, green apple, carrot, ginger and celery) and a salad combo. 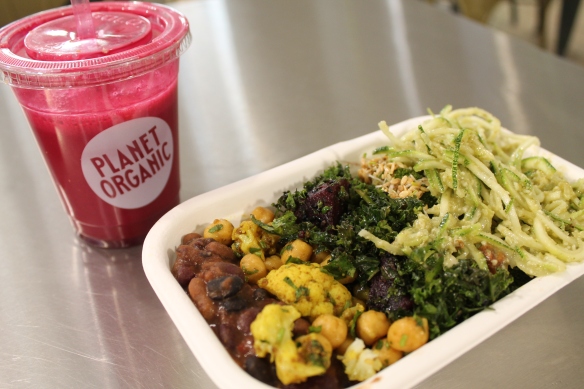 Back through the park to the Royal Albert concert hall (beloved by Londoners) when I saw an extraordinary sight. People were lined up for miles on this ordinary Monday evening, some sitting on the sidewalk reading, chatting in groups and even eating an early supper, picnic-style on the pavement. I approached a group. “Excuse me,” I said, “Why are people queuing around the block?” I felt like an anthropologist conducting research on the behavior of Londoners. 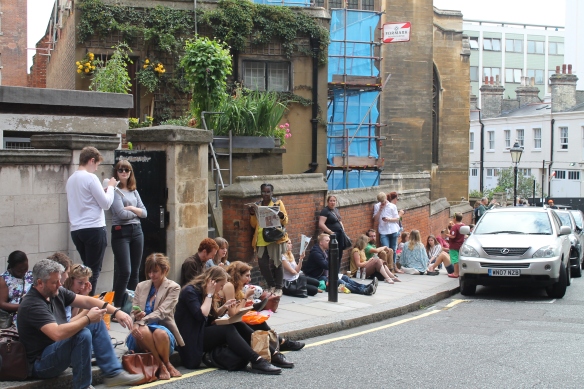 They explained something about lottery tickets to the summer season of concerts called the BBC Promenade Concerts, otherwise known as “The Proms”. I admit that I walked away slightly baffled.

Right beside the Royal Albert Hall is this imposing Victorian Gothic-looking edifice called Queen Alexandra’s House. Built in 1884, it’s a residence for female students attending the Royal College of Music, Royal College of Art and Royal College of Science. When I was 19 or 20, I stayed here for a week during the summer when all the students were away on vacation. It was a spooky place, creaky and empty. I swear I was the only guest there; it was just me and a strict Housemistress who rattled her keys as she strode the empty halls. I remember watching a late-night movie on the black and white TV set, alone in the common room, before creeping back to my room at midnight. The next morning a thin, gruel-like porridge was served to me in the basement refectory. Weak tea and cold toast followed. I swear, the scene could have been straight out of Oliver Twist or Rebecca with the strict Housemistress playing Mrs. Danvers. 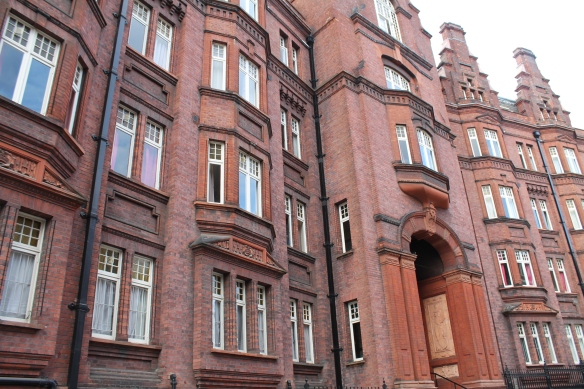 8 thoughts on “Kensington Gardens, the Serpentine, and Planet Organic”